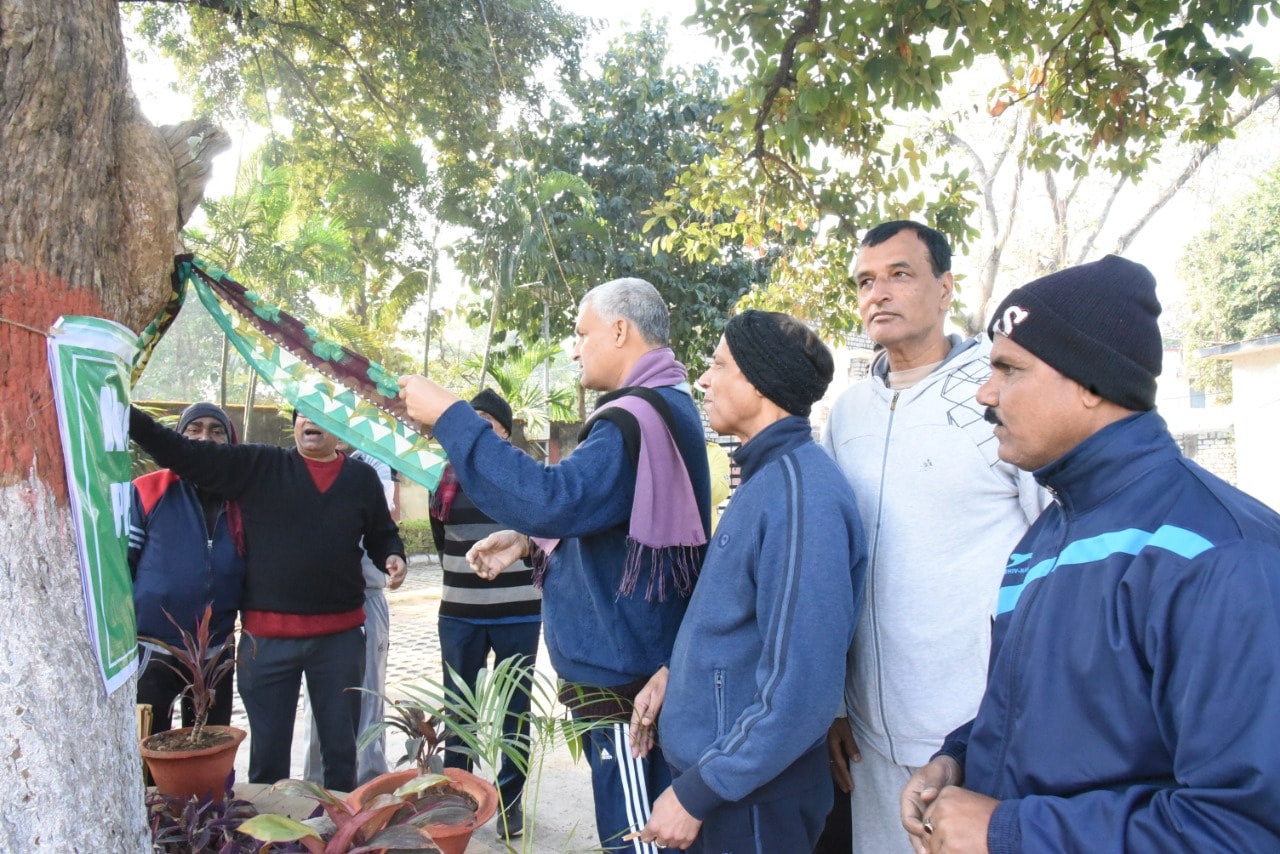 The campaign was launched by S.K.Satapathy by removing a piece of green-blue cloth from the tree inside JCSOI Campus where a banner made of Flex was put up. In all, three such banners were fixed requesting citizens to 'Keep Earth Free From Plastic'.

After the anti-plastic campaign was inaugurated by Satapathy, all members of the Morning Walkers &Talkers including Subhash Sharma, Arunji, Dr R.P.N.Singh, B.K. Sinha, Swamy Muktirath, Vishwanath Singh, Manoj Prasad and others were provided carry bags, each made of fine khaki paper.

Each one of them moved around in subgroups inside JCSOI Campus, picking minute plastic particles from the ground surface in the carry bag. Within an hour, the entire green belt of JCSOI was cleaned by removing minutest plastic particles.

They believe that in the time frame, these minute plastic particles get mixed up with soil. So badly that when little living bodies like ants and birds whose average life span revolves between a week and six months, consume them, they die unnaturally deceased, painfully.

Aware of it, the Morning Walkers &Talkers members happily cleared the Earth's surface by removing these man-made poisonous plastic particles.

The campaign ended when B.K.Sinha, In-Charge of JCSOI, who had lifted the maximum quantity of these minute plastic particles in his carry bag was awarded by Satapathy in league with above members of Morning Walkers &Talkers.

Then, they had breakfast together. Each of them looked cheerful and happy after eating delicious cooked Idli, Bada and drinking coffee.