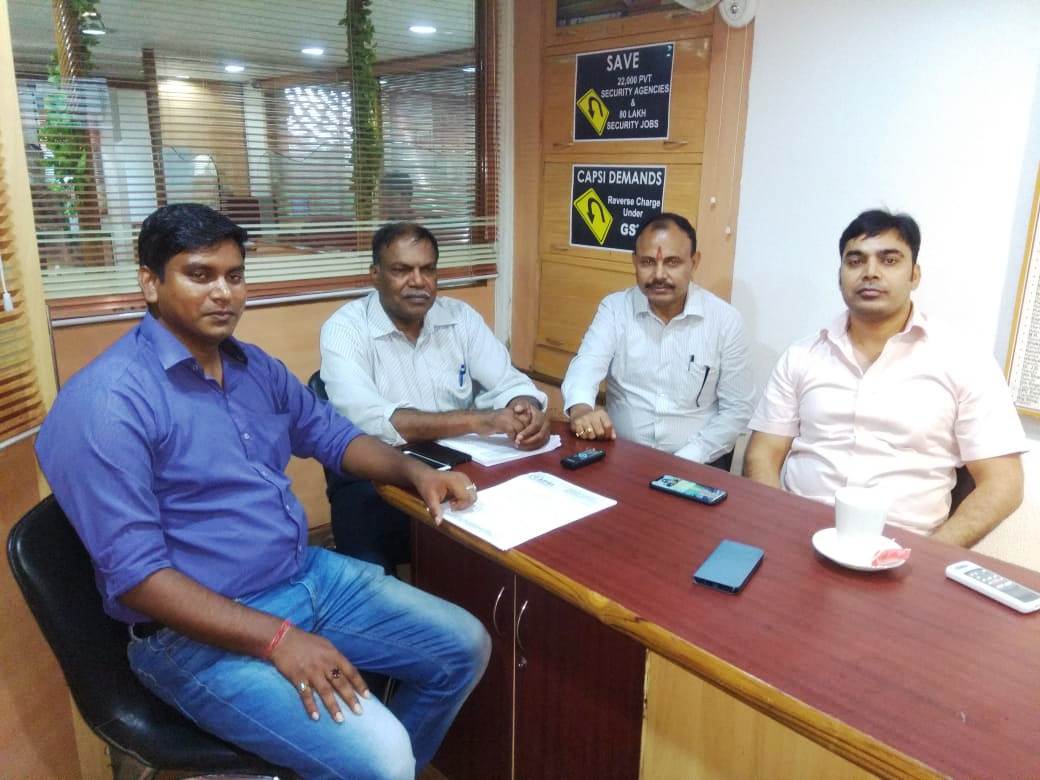 Security agencies are up in arms.They have strongly demanded freedom from the Goods and Service Tax(GST) being drawn from the salary and perks of thousands of private security guards in India.

A number of security agencies on Wednesday launched nationwide protest across the country. Even in Jharkhand, more than 200 security agencies carried a day-long campaign to make the government aware of the "unfairness" of GST being levied on salary and perks of 50,000 private security guards in the state.

Chairman of Jharkhand Chapter of Central Association of Private Security Industry (CAPSI) Anirudha Singh told www.jharkhandstatenews.com that the government collects 18 percent GST on the bill generated by the security agency to its client. "This bill includes the commission/agency charges, as well as salaries and social security components (EPF, ESI, bonus, gratuity, leave wages and uniform charges) of guards", said Singh.

So, the tax directly hits the take-home salary of security guards as well as the revenue of the employers. There were more than 3.5 lakh security guards in Delhi, Mumbai, Chennai, Kolkata, Lucknow, Patna, Bengaluru, Ranchi and Hyderabad.

After the Narendra Modi government rolled out GST, these security agencies have been representing that wages and benefits paid to security guards and demanding exclusion of the value for calculating the amount of tax.They argue that the tax should be charged only on the total value of commission/agency charges and it was received by the security agency.

Sadly, their justifiable pleas were yet to taken note off and addressed. Singh, whose agency was providing high quality and disciplined security men and security women to private bodies, said he had given a memorandum to this effect to principal commissioner GST, Jayant Kumar Jha, on July 10.

Singh was echoing the sentiments of as many as  22,000 security agencies across the country that employ more than 80 lakh private security guards in India today.

"This way of levying GST has put all of us in trouble situation as the agencies that give jobs are facing huge losses.",he cribbed as scores of security men demonstrated outside the Project Building in Ranchi.

The forthcoming GST council meeting is scheduled to be held in New Delhi on July 23. An official at GST office in Ranchi said: "The CAPSI memo will be forwarded to Delhi for a detailed discussion in the next meeting."