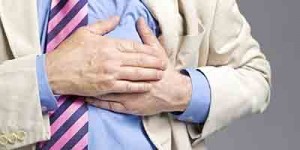 A new technique can determine whether someone has had a heart attack in just an hour, allowing physicians to treat patients faster and more efficiently, scientists say.

Acute myocardial infarction (MI) is a common cause of death and disability around the world. Early diagnosis is critical for treatment and survival.

In a study published in CMAJ (Canadian Medical Association Journal), Swiss and Spanish researchers conducted a clinical trial to determine whether a new technique, previously tested in a small pilot study, would be effective in determining whether a patient has had a heart attack.

“Introducing the high-sensitivity cardiac troponin T 1-hour algorithm into clinical practice would represent a profound change and it is therefore important to determine if it works in a large patient group,” said Tobias Reichlin, Division of Cardiology, University Hospital Basel, Switzerland.

Currently, doctors diagnose heart attacks through an EKG (electrocardiogram), which records the heart’s electrical activity, according to ‘Medical Daily’.

An EKG can show heart damage due to coronary heart disease (CHD), as well as the precursors to a heart attack or a current heart attacks.

Blood tests can also detect changes of protein levels in the blood after a heart attack, and a coronary angiography is a type of X-ray test that allows doctors to see the inside of coronary arteries.

However, these techniques often take hours to complete.