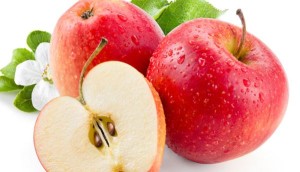 Myth busted! An apple a day may not keep the doctor away, according to a new research which found that daily apple eaters had just as many doctor visits as those who did not regularly eat the fruit.

Researchers at the University of Michigan School of Nursing, Ann Arbor, and colleagues measured “keeping the doctor away” as no more than one self-reported visit to a physician during the past year.

There was no statistically significant difference between apple eaters and non-apple eaters when it came to keeping the doctor away when sociodemographic and health-related characteristics were taken into account.

However, apple eaters had marginally higher odds of avoiding prescription medications, according to the results.
Researchers found no difference between apple eaters and non-apple eaters when measuring the likelihood of avoiding an overnight hospital stay or a visit to a mental health professional.

“Our findings suggest that the promotion of apple consumption may have limited benefit in reducing national health care spending. In the age of evidence-based assertions, however, there may be merit to saying ‘An apple a day keeps the pharmacist away,'” the study concluded.

The study was published in the journal JAMA Internal Medicine.