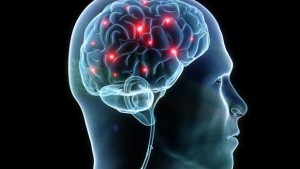 Multitasking may hamper your performance and even damage your brain, new research has claimed.
A study conducted at Stanford University found that people who are regularly bombarded with several streams of electronic information cannot pay attention, recall, or switch from one job to another as well as those who complete one task at a time.
Researchers compared groups of people based on their tendency to multitask and their belief that it helps their performance.
They found that heavy multitaskers were actually worse at multitasking than those who like to do a single thing at a time.
Frequent multitaskers performed worse because they had more trouble organising their thoughts and filtering out irrelevant information, and they were slower at switching from one task to another, ‘entrepreneur.com’ reported.
Research also shows that, in addition to slowing you down, multitasking lowers your IQ.
Another study at the University of London found that participants who multitasked during cognitive tasks experienced IQ score declines that were similar to what they would expect if they had smoked marijuana or stayed up all night.
IQ drops of 15 points for multitasking men lowered their scores to the average range of an 8-year-old child, researchers said.