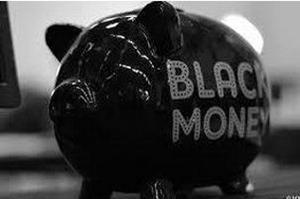 As India continues to struggle to strengthen its economy by plugging all the loop holes, an international think-tank has ranked the country third in the world with an estimated USD 94.76 billion (nearly Rs 6 lakh crore) illicit money outflows in 2012.

Reportedly the cumulative illicit money moving out of the country from 2003 to 2012 has risen to USD 439.59 billion (Rs 28 lakh crore), as per the latest estimates released by the Global Financial Integrity (GFI).

Russia is on the top with USD 122.86 billion, followed by China at the second position (USD 249.57 billion) in terms of black money moving out of a country for 2012 — the latest year for which these estimates have been made.