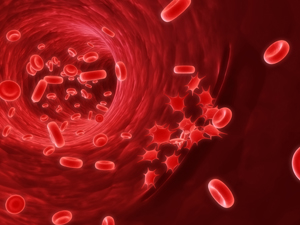 Scientists, including two of Indian-origin, have developed new synthetic platelets that mimic and outperform natural platelets at controlling bleeding.

Researchers at the University of California, Santa Barbara turned to the human body’s own mechanisms for inspiration in dealing with the necessary and complicated process of coagulation.

By creating nanoparticles that mimic the shape, flexibility and surface biology of the body’s own platelets, they were able to accelerate natural healing processes while opening the door to therapies and treatments that can be customised to specific patient needs.

“This is a significant milestone in the development of synthetic platelets, as well as in targeted drug delivery,” said Samir Mitragotri, director UC Santa Barbara’s Centre for Bioengineering.

The platelet-like nanoparticles  behave just like their human counterparts and can be added to the blood flow to supply or augment the patient’s own natural platelet supply, stemming the flow of blood and initiating the healing process, while allowing physicians and other caregivers to begin or continue the necessary treatment.

Emergency situations can be brought under control faster, injuries can heal more quickly and patients can recover with fewer complications, researchers said.

“We were actually able to render a 65 per cent decrease in bleeding time compared to no treatment,” said graduate student researcher Aaron Anselmo, lead author of the paper.

The findings appear in the journal ACS Nano.