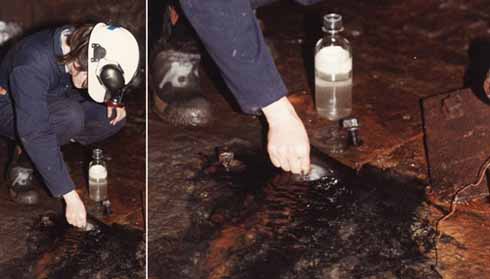 The oldest water yet found on Earth, dating back to at least 1.5 billion years, have been discovered by scientists in a Canadian mine.

According to researchers, this discovery, made under the Timmins mine in Ontario, is important for understanding life on Earth and Mars.

Dr Greg Holland, of Lancaster Environment Centre at Lancaster University, along with scientists from Manchester University and two Canadian universities found pockets of water that have been isolated from the outside world for more than 1.5 billion years.

The water was discovered from crystalline rock nearly one and a half miles beneath the Earth’s surface.

This  water contained micro-organisms that had survived on energy from dissolved hydrogen and methane, without needing sunlight.

The Canadian samples are now being analyzed to determine whether such life forms are present in the water.

The study is published in the journal Nature