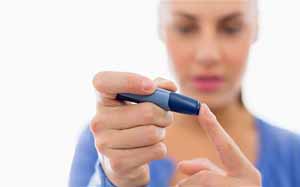 Women with diabetes are twice at the risk of suffering a stroke than those without the disease, experts say.

Reportedly according to Alexandra Kautzky-Willer from the Medical University of Vienna, the reason for the increased risk is the disturbed blood sugar regulation.

Recent studies, Kautzky-Willer said, have shown that women with diabetes are three times more likely to have a stroke than men who have it.
She noted the higher blood sugar levels are not the only problem.

Hypertension, inflammations, and various lifestyle factors such as depression also play a role, meaning not only diabetes therapy should be sought.

“It is about a general lifestyle intervention and treatment of all risk factors,” Kautzky-Willer was quoted as saying by Xinhua news agency.