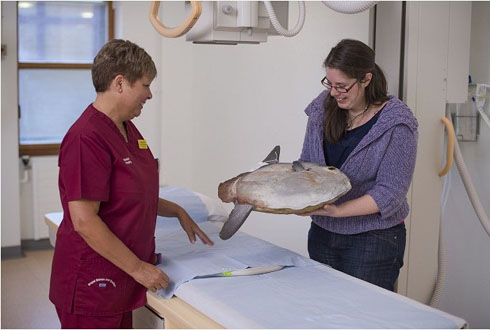 First hospital in the country to treat abnormalities and diseases in fish is set to come up in Kolkata by mid-2015.

According to senior scientist T J Abraham, who is spearheading the project, the work has already started.

Nearly 60 to 65 kinds of disease and abnormality were found in fishes in India and the one reason why West Bengal has lost its number one position in fish production was due to the fact that 10-20 per cent of them died of diseases, he said.

According to Abraham, a senior fish microbiologist with the West Bengal University of Animal and Fishery Sciences, such hospital are common in foreign countries.

The Kolkata hospital is said to have 50 glass aquariums, 25 circular water tanks, each with a capacity of 500 litres, to admit and treat diseased fish.
It will also have a separate well-equipped pathological lab to diagnose various fish diseases.