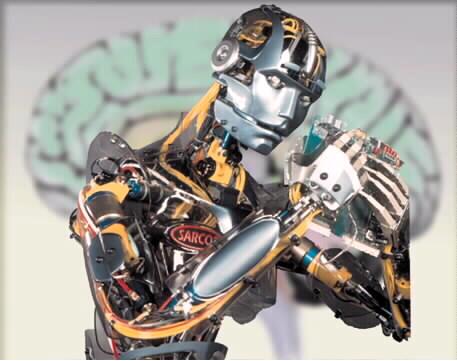 An Indian-origin scientist in USA has developed a new system that allows robots to operate with less manual supervision and eventually act as autonomous machines. This system has been named as Robot brain!

Dr Jagannathan Sarangapani, from Missouri University of Science and Technology, is the brain behind the system.By accomplishing it,he has added an innovative feature in the field of robotics . The new feedback system will allow a “follower” robot to take over as the “leader” robot if the original leader has a system or mechanical failure.

The system may lead to robots that think for themselves, learn, adapt and use active critique to work unsupervised. In a follower formation, the lead robot is controlled through a nonholonomic system, meaning that the trajectory is set in advance, and the followers are tracing the same pattern that the leader takes by using sonar.

“In the event that the lead one suffers a mechanical problem, this hardware allows the work to continue,” said Sarangapani.

Sarangapani believes that the research is most important for aerial vehicles. When a helicopter is in flight, faults can now be detected and accomodated.This means that instead of a catastrophic failure resulting in a potentially fatal crash, the system can allow for a better chance for an emergency landing instead.

The innovative research can be applied to robotic security surveillance, mining and even aerial manoeuvring.
“I want robots to think for themselves, to learn, adapt and use active critique to work unsupervised. A self-aware robot will eventually be here, it is just a matter of time, he said.

“My end goal is to push robotics to the next level,” said Sarangapani.

Dr.Sarangapani is a renounced Professor and was awarded a patent for “Adaptive Inventory Management System” in 2010.