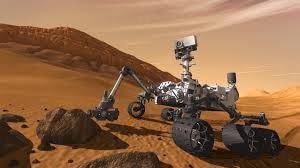 A majority might be disappointed in view of the upcoming series of statements given by NASA on its Curiosity Rover’s findings. So far as many as 78,000 people have applied to be part of Mission Mars One.

Though it claims that Mars may have supported life at some point of time, Nasa’s Curiosity Rover has failed to find evidence toward this end.It has also failed to detect methane on the red planet. Methane traces can be used to correlate the theory about potential signs of life on Mars.However,the data analysed from Nasa’s Curiosity Rover have confirmed that the Martian environment lacks methane.

The Rover in past six months executed extensive tests in search of Methane from October 2012 through June. Still Methane traces are not been detected.

Methane,most abundant hydrocarbon in our solar system, has one carbon atom bound to four hydrogen atoms in each molecule. Previous reports of localized Methane concentrations up to 45 parts per billion on Mars, sparked interest in the possibility of a biological source on Mars.But these reports were mainly based on observations from Earth and from orbit around Mars.

According to NASA’s lead scientist for Mars exploration Michael Meyer, “This important result will help direct our efforts to examine the possibility of life on mars,”

“It would have been exciting to find Methane, but we have high confidence in our measurements, and the progress in expanding knowledge is what’s really important ,” said the report’s lead author , Chris Webster of Nasa’s Jet Propulsion Laboratory.

NASA in 2016 will launch The ExoMars spacecraft, to study the chemical composition of Mars’ atmosphere to learn more about any methane existing.