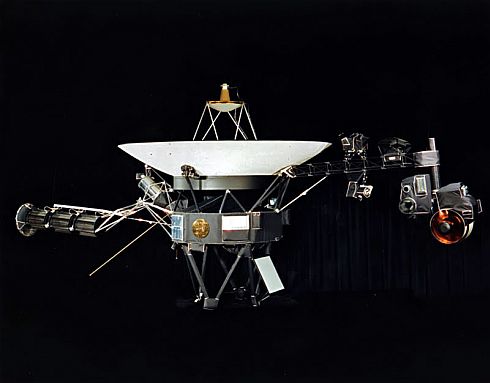 For the first time in history, a Man Made spacecraft has moved beyond the solar system, as reported by BBC.

Amos report quotes scientists saying : “Scientists say the probe’s instruments indicate that it has moved beyond the bubble of hot gas from our Sun and is now moving in the space between the stars.”

The report gives details of the spacecraft and says that Voyager was launched in 1977.It was “sent to lly to study the outer planets, but then just kept on going. Today, the veteran Nasa mission is almost 19 billion km (12 billion miles) away from home.This distance is so vast that it takes 17 hours for a radio signal being sent from “Voyager” to reach receivers here on Earth.”