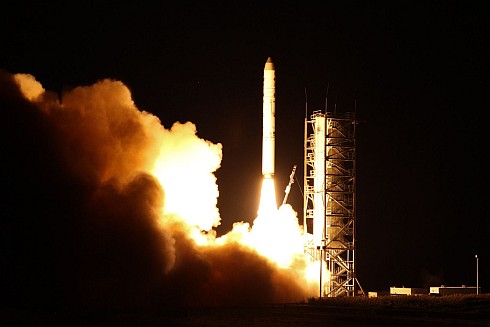 Its called Laddee probe. LADEE is Lunar Atmosphere and Dust Environment Explorer,the unmanned mission that got off from the Wallops rocket facility on the US east coast today.

It is set to “investigate the very tenuous atmosphere that surrounds the lunar body”,BBC has reported.

The BBC report said:”Its $280m (£180m) mission is to investigate the very tenuous atmosphere that surrounds the lunar body.It will also try to get some insights on the strange behaviour of moondust, which appears on occasions to levitate high above the surface.

In addition, LADEE will test a new laser communications system that Nasa hopes at some point to put on future planetary missions. Lasers have the capacity to transmit data at rates that dwarf conventional radio connections.”