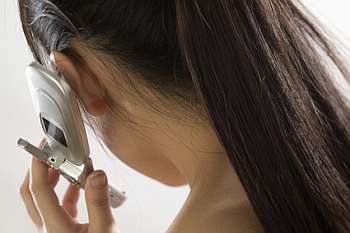 Again it is official that frequent and excessive use of mobile phone can lead to oxidative stress in cells that is linked to cellular and genetic mutations which cause development of tumours, says a study.

“Oxidative stress is a process that damages all aspects of a human cell, including DNA, through the development of toxic peroxide and free radicals”,says a IANS report .

A study conducted by Dr. Yaniv Hamzany of Tel Aviv University’s Sackler Faculty of Medicine and the Otolaryngology Head and Neck Surgery Department at the Rabin Medical Center found clues in the saliva of cell phone users to further explore the relationship between cancer rates and cell phone use.

“Since the cell phone is placed close to the salivary gland when in use,he and his fellow researchers,including departmental colleagues Profs. Raphael Feinmesser and Thomas Shpitzer and Dr. Gideon Bahar and Prof. Rafi Nagler and Dr. Moshe Gavish of the Technion in Haifa, hypothesised that salivary content could reveal whether there was a connection to developing cancer”,said a report in Science Daily.