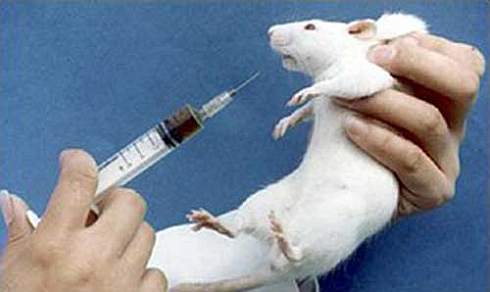 In a bid to reduce the need of animals for testing cosmetics and other chemical formulation for skin allergies, scientists have found a new method that does not require the use of animals to test skin sensitizers.

The European Union quite recently banned the sale of all animal tested cosmetics regardless of where in the world the tests were carried on.

According to Wikipedia, testing on animals dates back to 2nd to 4th century BCE and Aristotle and Erasistratus were said to be among the first to perform experiments on live animals. Most of the medical breakthroughts in the 20th century have utilised living animals as experimental subjects. During the 1880s, Louis Pasteur demonstrated ‘Germ theory’ by introducing anthrax into sheep. And Insulin was first isolated from dogs in 1922.

The new study by Bruno Miguel Neves and his colleagues is to be published in the journal, “Chemical Research n Toxicology”. The method described by them involves the utilization of genes and cell signalling pathways present in the mouse skin cells that have been grown in the laboratory. This process involves the study of signalling pathways and characteristic responses by genes that have been activated in presence of certain chemicals that are being tested.
According to the study, this test has not provided false positive results and has been able to identify the tested sensitizers with 92% accuracy.