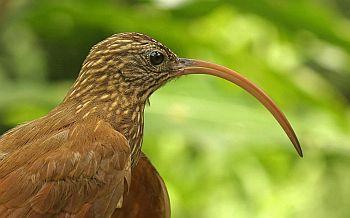 The sex between blood relatives is prohibited because the offspring is likely to suffer from genetic disorder.Even closely- related bird species do not co exist in the same region because they can not compete with each other.

“A study of closely-related bird species has found that they do not coexist in the same region because they remain too ecologically similar and will out-compete each other, not because of geographical barriers or unsuitable habitats”,states a story – ‘Bird Beaks Show Why ‘Sister’ Species Don’t Live Together’-in Science Daily.

“Oxford University scientists examined ‘sister’ species — species that are each other’s closest relatives — of the ‘ovenbird’ family from South America. They compared data on when these species diverged and where they live today and found that those that have been separated for longest and have evolved very different beaks were able to coexist more rapidly after they became two separate species”,said the story.

“The findings suggest that species displaced due to climate change may not be able to survive in what appears to be a suitable new habitat because a related species already living there will out-compete them for resources.A report of the research appears this week in Ecology Letters”.

‘Competitive exclusion between species is generally thought to be limited to relatively small spatial scales, such as between individual birds or across local patches of habitat,’ said Dr Alex Pigot of Oxford University’s Department of Zoology, lead author of the report.

‘In our work we are able to show that competition is a major factor responsible for excluding closely-related species from entire regions. The key was being able to rule out other explanations like geographical barriers, such as rivers, or unsuitable habitats from being the main barriers to ‘sister’ species co-existing.’
Pic Courtesy Science Daily saying:”Campylorhamphus trochilirostris. (Credit: Joseph Tobias)”