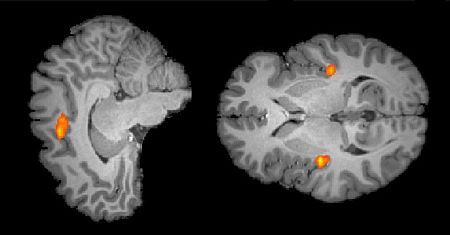 Mathematics can fetch you the moon.But if you worry about solving math,you can only cause pain to your brain,according to a study.

“Mathematics anxiety can prompt a response in the brain similar to when a person experiences physical pain, according to new research at the University of Chicago”,said Science Daily in its October 31 edition story -. “When People Worry About Math, the Brain Feels the Pain.”

By studying brain scans,the story quoting Sian Beilock, professor of psychology at the University of Chicago,who is a leading expert on math anxiety,said:“Using brain scans,scholars determined that the brain areas active when highly math-anxious people prepare to do math overlap with the same brain areas that register the threat of bodily harm — and in some cases, physical pain…

“For someone who has math anxiety, the anticipation of doing math prompts a similar brain reaction as when they experience pain — say, burning one’s hand on a hot stove.”

“Surprisingly, the researchers found it was the anticipation of having to do math, and not actually doing math itself, that looked like pain in the brain. “The brain activation does not happen during math performance, suggesting that it is not the math itself that hurts; rather the anticipation of math is painful,” said the same story quoting Ian Lyons, a 2012 PhD graduate in psychology from University of Chicago and a postdoctoral scholar at Western University in Ontario, Canada.

“The two report their findings in a paper,’When Math Hurts: Math Anxiety Predicts Pain Network Activation in Anticipation of Doing Math,’ in the current issue of PLoS One.”

Pic,courtsey Science Daily and Sian Beilock,shows the finding of the Chicago researchers “that the higher a person’s anxiety about math, the more anticipating math activated areas of the brain related to experiencing pain.”