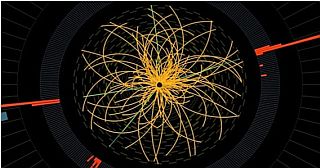 The discovery of the Higgs Boson has been named as the greatest discovery in the field of Science in 2012 according to the journal, SCIENCE.

The other major advancements for the year are:

In Germany, scientists have unearthed the sequence of the complete genome of the ‘Denisovans’, a group of ancient humans considered to be the contemporaries of the ‘Neanderthals’ from an 80,000 year old sample obtained from a cave in Siberia.

A new technology called the “Sky-crane” landing system was used to land the 3-ton Curiosity rover on the Red Planet, Reassuring NASA of the possibility of such landings in the future.

In Japan, scientists created ‘viable egg cells’ from the embryonic stem cells of mice. Now, this may lead to the possibility of women unable to produce eggs to have their own cells used to create eggs in a test tube.

The use of an X-ray laser, that is a billion times brighter than the traditional sources, helped scientists decode the structure of a protein involved in the transmission of a disease called the “African Sleeping Sickness”, a disease widespread in the southern parts of the Sahara desert. ContinuallyactiveTsetse flies transmit the parasite that affects and irreparably damages the Central Nervous System.

Existence of particles called the Majorana fermions have been confirmed, ending a 75-year search. These particles behave like their own ‘antimatter’ and can destroy themselves. They might be used to effectively store and process data in digital computers rather than ‘bits’.

Researchers using a ‘plant-pest protein’ have now found a technique to modify and deactivate test genes in animals. They can remove the target DNA replace it with a new code. This might be an effective and cheaper alternative that might allow researchers to focus on specific genes and mutations.

The ENCODE project showed that 80% of the human genome is active and helps to turn genes ‘on and off’. This might help better understand the genetics of diseases.

Paralysed people can use their minds to move a mechanical arm by using a BRAIN-MACHINE INTERFACE.

In China, scientists have found the parameters for a model that describes how the subatomic particles called ‘NEUTRINOS’ change when they travel at about the speed of light. This might help explain why there is so much matter and so little anti-matter in the universe.