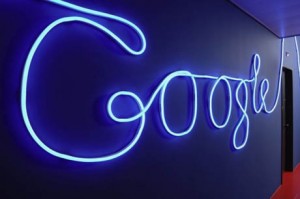 *Mr X owns a betel shop.While he ekks out his living by rolling and selling paan,he is an employer of two staff each of whom gets a salary of Rs five hundred per month.

*Mr F runs a restaurant where he had employed two cooks at a monthly salary of Rs 1500 per month each.

Being entrepreneurs who had set up businesses,using capital,employing and taking on greater than normal financial risks inorder to do so,both X and F have reasons to be happy now.Reason?

Google,the world’s largest search engine,which turned 14 today,has geared up to give a big boost to them by offering its exclusive service to entrepreneurs across the globe.It had already launched its new microsite for them on September 24.

Under this site Google has expanded its work and pieced together tonnes of information about its programs and partnerships for entrepreneurs,who play a major role in rolling up the economy,providing jobs.

To support innovation aiming to adopt new technology and creative products of these entrepreneurs who can help transforming the world,Google’s official website points towards its three-fold strategies:

1. Partnerships with strong organizations that serve entrepreneurs in local communities

2. Google-led programs to bring its teams and tools directly to entrepreneurs

3. Placing relevant Google tools in the hands of start-ups as they are getting off the ground and ready to scale.

Further according to their blog, since Google is turning 14; to celebrate its birthday and the spirit of Entrepreneurship, Google will be hosting its first annual “Google for Entrepreneurs” week in which an estimated 3,000 entrepreneurs from around the world are expected to participate. The start-up weekend was hosted by Google Ventures start-up lab in California.

The events of the Start-up week are going to take place in 28 cities across 13 countries. The participating cities include Washington, Chapel Hill, North Carolina, Boston, Gurgaon and Massachusetts. For these events, Google will be teaming up with a number of partners like Communitech, Idea Village, Tetaun Valley, etc.

Current Google projects in this field include the support towards the “Annual Journey of Entrepreneurship” by train through India, and a number of programs around the world, both accelerator and incubator, like iHub, Le Camping and Women 2.0., among some others.