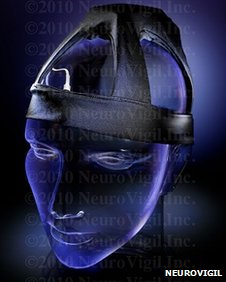 An American scientist is to unveil details of work on the brain patterns of Prof Stephen Hawking which he says could help safeguard the physicist’s ability to communicate.

Prof Philip Low said he eventually hoped to allow Prof Hawking to “write” words with his brain as an alternative to his current speech system which interprets cheek muscle movements.

Prof Low said the innovation would avert the risk of locked-in syndrome.

Intel is working on an alternative.

Prof Hawking was diagnosed with motor neurone disease in 1963. In the 1980s he was able to use slight thumb movements to move a computer cursor to write sentences.

His condition later worsened and he had to switch to a system which detects movements in his right cheek through an infrared sensor attached to his glasses which measures changes in light.

Because the nerves in his face continue to deteriorate his rate of speech has slowed to about one word a minute prompting him to look for an alternative.

The fear is that Prof Hawking could ultimately lose the ability to communicate by body movement, leaving his brain effectively “locked in” his body.

In 2011, he allowed Prof Low to scan his brain using the iBrain device developed by the Silicon Valley-based start-up Neurovigil.
Prof Hawking will not attend the consciousness conference in his home town of Cambridge where Prof Low intends to discuss his findings, but a spokesman told the BBC: “Professor Hawking is always interested in supporting research into new technologies to help him communicate.”

Decoding brainwaves
The iBrain is a headset that records brain waves through EEG (electroencephalograph) readings – electrical activity recorded from the user’s scalp.

Prof Low said he had designed computer software which could analyse the data and detect high frequency signals that had previously been thought lost because of the skull.”

An analogy would be that as you walk away from a concert hall where there’s music from a range of instruments,” he told the BBC.”As you go further away you will stop hearing high frequency elements like the violin and viola, but still hear the trombone and the cello.

Well, the further you are away from the brain the more you lose the high frequency patterns.