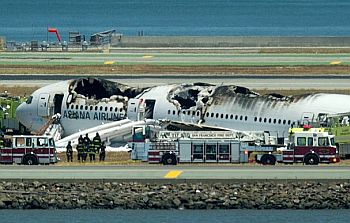 On Sunday when Asiana Flight 214 from Seoul missed its runway and crash landed at San Francisco International Airport,there were 300 passengers and crew members aboard.But only two passengers died.

The low casualty was due mainly to advancement in technology.Like all airplanes,Asiana aircraft carried ’16 G seats’.These seats were capable to withstand pressure more than a dozen times stronger than gravity at the earth’s surface.

IANS has reported that “another technology that helped save lives was flame retardant materials, which resists the fire that start after many crashes.Almost everything in airplanes including the walls, the ceiling and the seats, are covered with some flame-resistant materials. The FAA requires that most materials should be self-extinguishing, which means that they stop burning once the flame has been removed. “