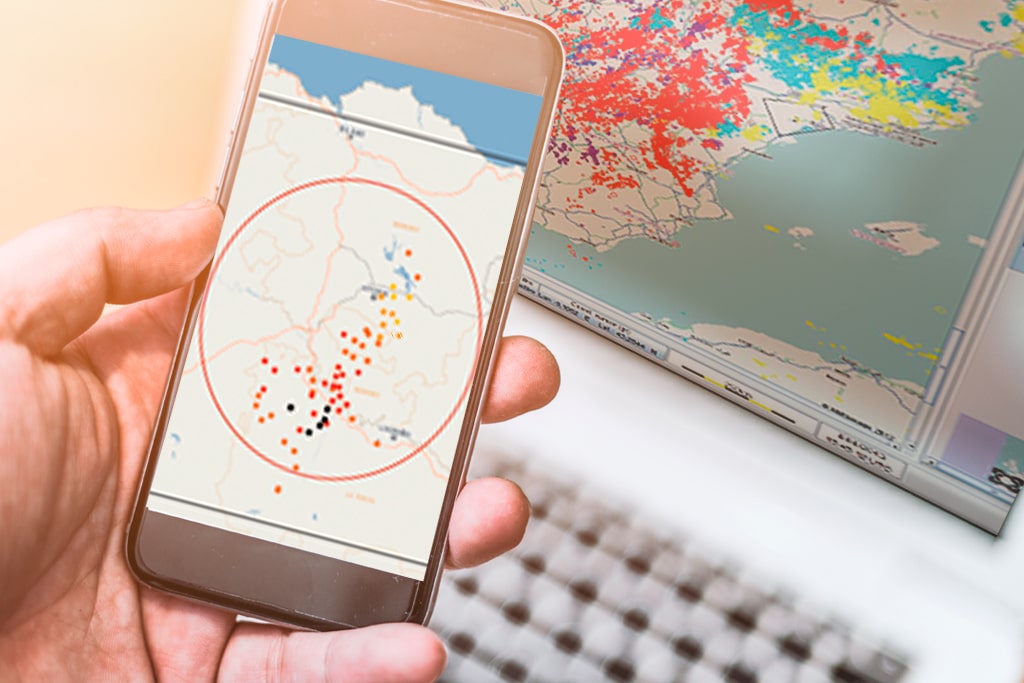 Come Independence Day, and the State Disaster Management Authority in Ranchi will launch its own Global Positioning System (GPS) based software project for preventing the casualty from natural disaster incident-lightning.

In fact, the ambitious project aims to prevent casualties and deaths caused by lightning strikes by sending alert messages over a smart phone to commoners.

As per SDMA claim, the software, designed by Jharkhand Agency for Promotion of Information Technology (JAPIT), will first locate the places that are likely to witness lightning strikes and then scan all the GPS-enabled mobile devices within the periphery of the geographical area that might get affected.

"The software will automatically send text messages to all the smart mobile phones that have their GPS location in the area, asking the phone user to take precautionary measures", said JAPIT staff.

“Our main agenda now is the prevention of casualties and deaths. JAPIT has been working on the software for a long time and it is ready for use now. We are planning to launch it on Independence Day,” said Manish Tiwary, Joint Secretary of SDMA who is the brain behind this project.

According to figures with the Jharkhand Police, lightning strikes claimed at least 35 lives in Jharkhand in the past week, taking the death toll to 50 in less than a month.

Lightning has been declared a natural disaster in Jharkhand. The Government pays compensation of Rs 4 lakh to the family of people who die in lightning strikes

As per SDMA data, around 1,800 people have been killed by lightning in the last 12 years in Jharkhand. The SDMA data says that lightning kills a person every second day on an average in a year. Experts, however, say the numbers are much higher as several deaths in state’s remote areas go unreported. Lightning claimed around 228 lives in Jharkhand in 2016 and 240 in 2017.

While the SDMA is banking on the software for preventing deaths caused by lightning strikes, experts are of the opinion that SMS-based alert systems are already in use and the initiative may not be effective enough.

The same technology was in use in the United States and many parts of Europe where a company called Tesicnor was making business. This was mainly because the people there were smartphone conscious users. In India's Jharkhand state, the scene was radically different.

Moreover, since most victims in Jharkhand belong to poor background who don't own smart mobile phones can not benefit from this technology-based project. Hence it raises eyebrows of its utility and misuse of public fund. Which is likely since the possible victims -farmers and or village children- who are out in the open during lightning.