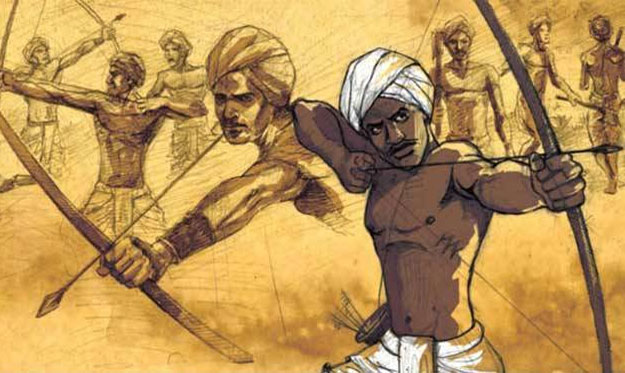 On June 30 Hul Diwas is observed. In Jharkhand, the government declared it a holiday across the state. A fact sheet about Hul(Liberation) movement is: it took place in Sahebgunj in 1855, two years before 1857 revolt.

To create Zamindars under the ‘Permanent Settlement’ introduced by Cornwallis in 1793, the British auctioned away land belonging to Santhal farmers, to anyone who would guarantee them fixed revenues. The Santhal agriculturists lost their rights to land.

Moreover, the Zamindars had to be paid in cash. The Santal peasants had to borrow money at very high-interest rates from money lenders and fell into a vicious cycle of usury.

Consequently, the Santal peasantry rose in rebellion, in the Hul (liberation) of 1855.

The Hul was headed by the four brothers of the Murmu clan - Sidhu, Kanhu, Chand and Bhairav and their two sisters Phulo and Jhano, from the village of BHOGNADIH in SAHIBGANJ district, Jharkhand.

The Santhal warriors captured a large tract of land extending from the Rajmahal Hills (in Jharkhand) to Bhagalpur district (in Bihar) to Birbhum (in West Bengal).

The Santhals were fierce warriors, but they did not have a sporting chance against the sophisticated firearms of the British East India Company. Around 20,000 Santhal farmers, including Sidhu and Kanhu, were killed by the British.

This was the first war for Independence. The 1857 rebellion came next.