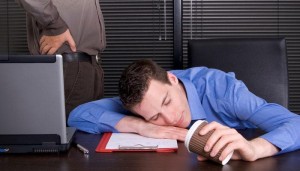 University of Michigan researchers found that taking a nap may be an effective strategy to counteract impulsive behaviour and to boost tolerance for frustration.

It is becoming increasingly common for people, especially adults, to not sleep an entire night. This can negatively impair a person’s attention span and memory, as well as contribute to fatigue, researchers said.

Researchers examined how a brief nap affected adults’ emotional control. The study’s 40 participants, ages 18-50, maintained a consistent sleep schedule for three nights prior to the test.

In a laboratory, participants completed tasks on computers and answered questions about sleepiness, mood and impulsivity. They were randomly assigned to a 60-minute nap opportunity or no-nap period that involved watching a nature video.

Research assistants monitored the participants, who later completed those questionnaires and tasks again.

Those who napped spent more time trying to solve a task than the non-nappers who were less willing to endure frustration in order to complete it. In addition, nappers reported feeling less impulsive.

“Our results suggest that napping may be a beneficial intervention for individuals who may be required to remain awake for long periods of time by enhancing the ability to persevere through difficult or frustrating tasks,” said Goldschmied, a doctoral student in the Department of Psychology.

Napping may also be a cost-efficient and easy strategy to increase workplace safety, the researchers said.

Employers who add nap pods in the workplace or offer extended break time may find their employees more productive, they added.

The findings appear in the journal Personality and Individual Differences.