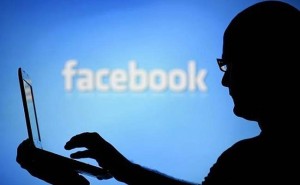 Teens who use social networking sites such as Facebook, Twitter or Instagram for more than two hours daily may be at risk of poor mental health, high psychological distress and suicidal thoughts, a new study has warned.

Adolescents who use the social networks for longer times also reported an unmet need for mental health support, researchers said.

These findings send an important message to parents and suggest an opportunity to increase mental health support service offerings on these sites, they said.

Hugues Sampasa-Kanyinga and Rosamund Lewis from Ottawa Public Health in Canada analysed data on students in grades 7-12 from the Ontario Student Drug Use and Health Survey.

About 25 per cent of students reported using social networking sites for more than 2 hours daily.

“This is where we see social networking sites, which may be a problem for some, also being a solution,” said Brenda K Wiederhold, from Interactive Media Institute, San Diego, California.

“Since teens are on the sites, it is the perfect place for public health and service providers to reach out and connect with this vulnerable population and provide health promotion systems and supports,” said Wiederhold.

The study was published in the journal Cyberpsychology, Behaviour, and Social Networking.