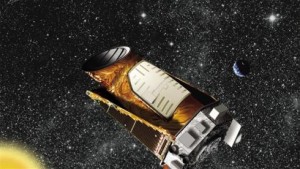 Three planets, each with a mass 7 to 8 times that of Earth, have been discovered orbiting a nearby star that is only 54 light-years away, scientists say.

All three planets orbit their star at a distance closer than Mercury orbits the Sun, completing their orbits in just five, 15, and 24 days, researchers said.

The team discovered the new planets by detecting the wobble of the star HD 7924 as the planets orbited and pulled on the star gravitationally.

The Automated Planet Finder (APF) Telescope at Lick Observatory in California and W M Keck Observatory on Maunakea, Hawaii traced out the planets’ orbits over many years using the Doppler technique that has successfully found hundreds of mostly larger planets orbiting nearby stars.

The Automatic Photometric Telescope (APT) at Fairborn Observatory in Arizona made crucial measurements of the brightness of HD 7924 to assure the validity of the planet discoveries.

“We initially used APF like a regular telescope, staying up all night searching star to star. But the idea of letting a computer take the graveyard shift was more appealing after months of little sleep. So we wrote software to replace ourselves with a robot,” said University of Hawaii at Manoa graduate student BJ Fulton.

The Keck Observatory found the first evidence of planets orbiting HD 7924, discovering the innermost planet in 2009 using the HIRES instrument installed on the 10-meter Keck I telescope.

It took five years of additional observations at Keck Observatory and the year-and-a-half campaign by the APF Telescope to find the two additional planets orbiting HD 7924.

This discovery shows the type of planetary system that astronomers expect to find around many nearby stars in the coming years, researchers said.

“The three planets are unlike anything in our solar system, with masses 7-8 times the mass of Earth and orbits that take them very close to their host star,” said the University of California, Berkeley, graduate student Lauren Weiss.

The finding appears in the Astrophysical Journal.