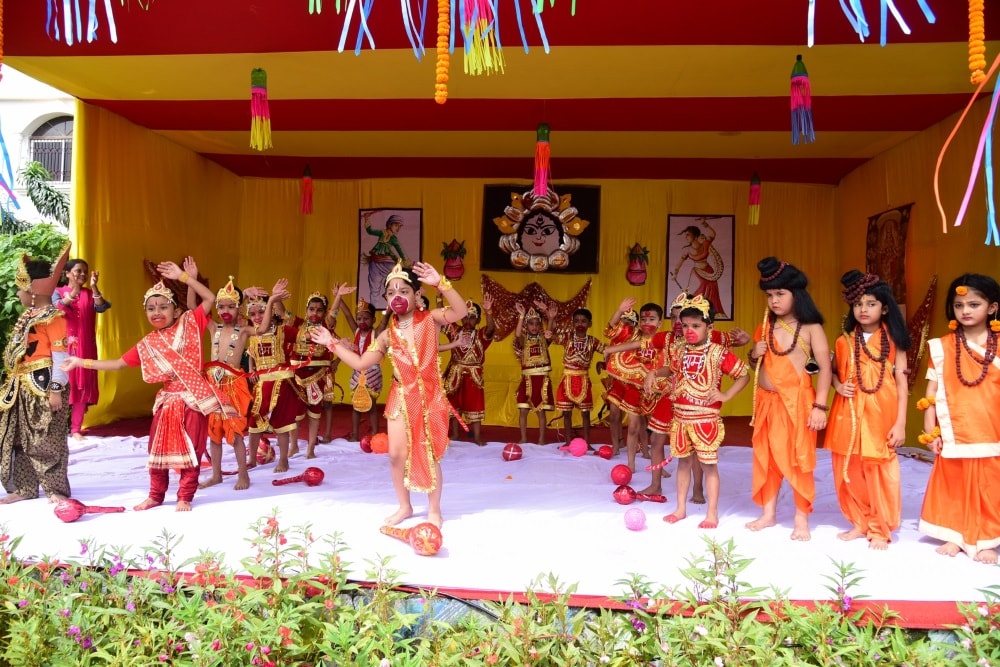 Students of St Michael's Kids School at Ratu Road, Ranchi presented a programme on Ramleela on the occasion of Navratri which commenced on Thursday.

Principal Vandana Bahal spoke on the powers of Maa Durga and the nine day festival associated with this deity.

The programme was witnessed by a large number of parents and staff, mentioned Bahal. Notably, the event was organized to spread awareness on cultural identity among the children.