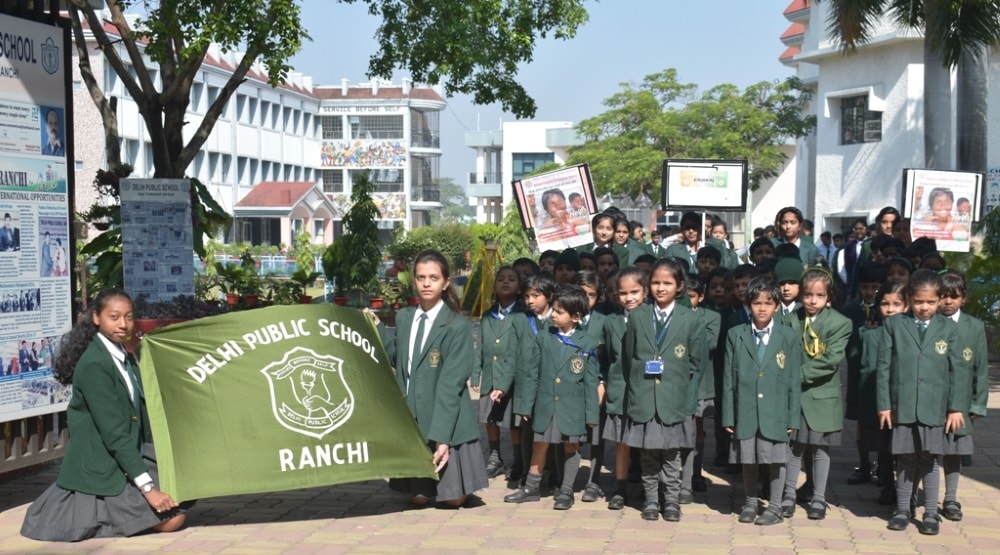 The observation of the ‘Qaumi Ekta Week’ helped the students to know and understand the inherent strength and resilience of our country to withstand actual and potential threats to the eclectic and secular fabric of our country, and nurture a spirit of communal harmony in its widest sense.

The motive of the activity was to educate young minds about the importance of National Integrity, create awareness of a common identity amongst the students and to educate them that although we belong to different castes, religions, regions and speak different languages we must recognize the fact that we are all one.

A cultural programme was also put up. In the cultural programme the students dressed in different outfits represented different states of the country and their culture and shared the message of a united India.
The National Integration Week ended with a rally on Flag Day. 500 students of the school took part in this rally. With the help of this rally the students shared the message of united India with slogans Ekta Main Anekta Hi Hamari Shaan Hai and Anekta Main Ekta Yahi Bharat Ki Visheshta.

Dr. Ram Singh the Principal of the school said that this occasion has provided an opportunity to reaffirm age old traditions and faith in the values of tolerance, co-existence and brotherhood in a multi-cultural and multi–religious society.