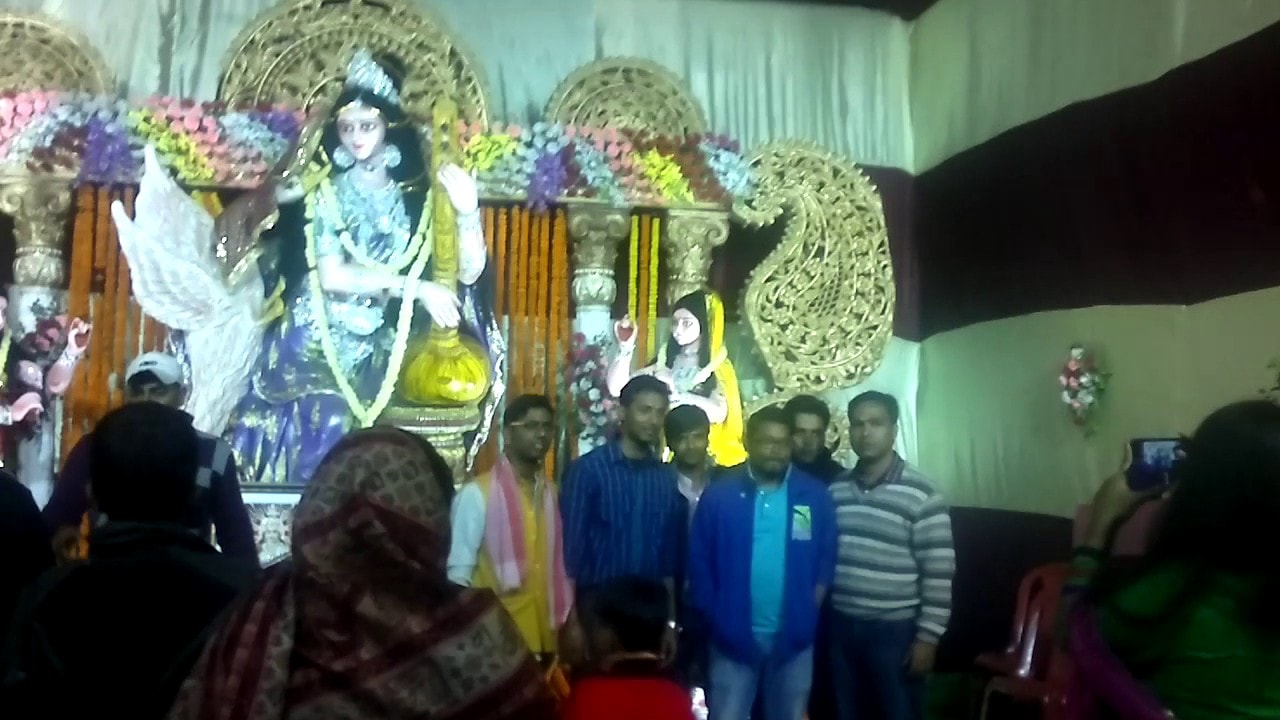 The puja of the goddess Sarswati is slated to start on Monday to end on Tuesday.From early in the morning, a large number of young boys were busy preparing the spot to perform puja.

It is the most-awaited festivals for teens across Eastern India,Tamilnadu and even in Sri Lanka.The deity of art, wisdom and culture is worshipped on this day by students across the state in Jharkhand.

From schools to households, people were busy appeasing the Goddess of knowledge, who is considered by the Hindus as the daughter of Goddess Durga.The idol of Goddess Saraswati was made by artists who were mainly from West Bengal.

At many puja spots,organisers display their artistic enterprise by installing attractive pujastahal.

As it is,'Basant Panchami' is the occasion that heralds the augmenting of the spring season as per the Hindu calendar.On this day, devotees and ascetics pray for their well being. A large number of people assembled at the Swarnarekha and Damodar rivers in the state and take a dip in the holy river on the first day of the Sarswati puja.