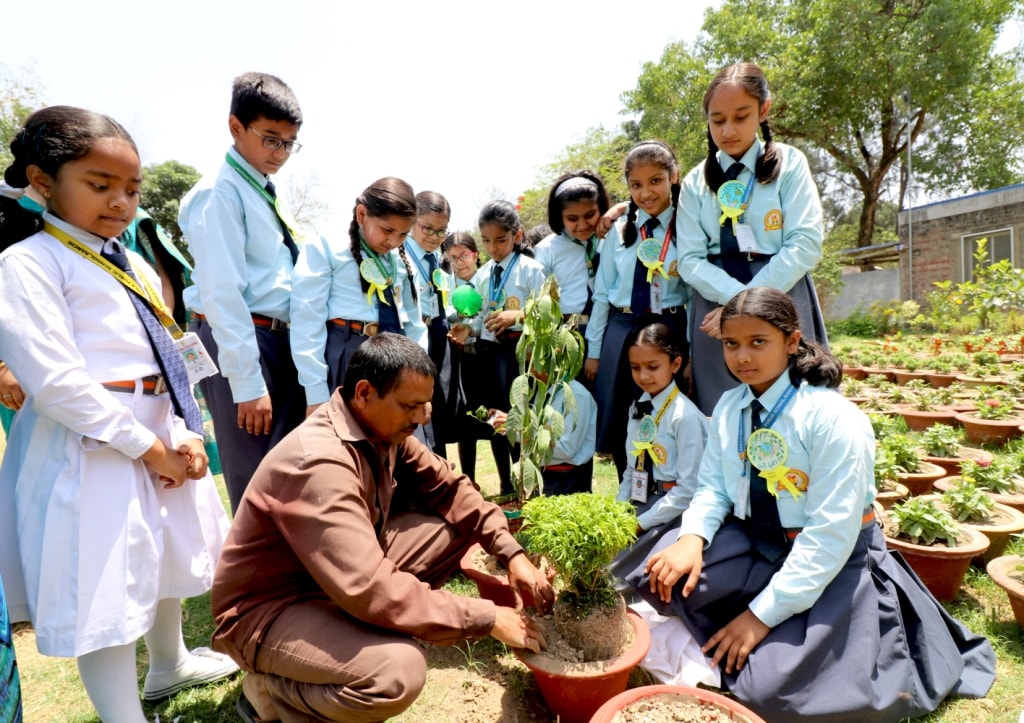 The pupils of KG I and KG II participated in Badge making competition. They filled colours in the Badges with theme 'Go-Green' and decorated it with their best imaginative and creative ideas. The students of other classes showcased their artistic skills in a painting competition. The topics were given on the spot which included 'Save Earth', 'Peace on Earth', 'Green Earth Clean Earth’ and ‘Earth-then and now.'

Some Students from Std. III-V were selected as green volunteers and badges were presented to them. The students also took an oath for saving the Mother Earth. They visited the Rainwater harvesting system and the vermicompost pit in the school followed with plantation of saplings in the school premises. In addition 'Face Painting Competition' was organised for the pupils of Std. VIII & IX.

School Head Personnel & Admin. Pradip Varma said such creative activities can direct the students’ energy into something constructive helping them to have ownership. Principal Paramjit Kaur said that such activities help in the holistic development of the students and they are motivated to act as responsible citizens of the earth.