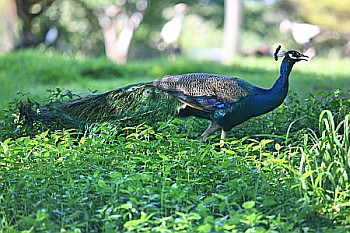 In 2009 when India was faced with one of its worst droughts, the monsoon forecast was for an ‘almost normal’ rainfall season.

You must have heard of the meteorological department’s monsoon forecast. It promises to be a near normal monsoon season from June-September with rains expected to be 98 per cent of the long period average with a 5 per cent variation. Sounds good.

But if you are a farmer, keep your fingers crossed. Instead of depending on the first monsoon forecast that was given out in April, I suggest you keep on praying before rain gods to be kind to you. Pray with folded hands that the rains do not deceive you once again as it did two years back in 2009. You haven’t yet recovered from the economic distress that the 2009 drought had inflicted, and if the monsoon fails again you will be in dire straits.

The near-normal forecast certainly brought respite to the policymakers struggling to check rising food inflation. To industrialists it brought hope of a positive business and market sentiments meaning more consumer goods can be sold in rural areas. But let me warn you. You need not be too hopeful. Don’t read too much into the first official monsoon forecast of the year.

The day the forecast came I was in a TV studio. The anchor asked me as to what I read of a 98 per cent normal monsoon prediction. My answer to him was that I am disappointed. If this is all that the meteorological department is capable of predicting then I would rather trust my grandmother. Her predictions, not as sharp in quantitative terms as that of the meteorology department, but have rarely gone wrong. She has never let me down. I would stand by her. So should you.

First, the meteorological department itself has conceded that the accuracy of its prediction is only 53 per cent correct, which means it has 50:50 probability of going wrong. This is where I said that my grandmother’s traditional instincts are much trustworthy. Secondly, the department says that it can’t tell us exactly as to how much rainfall would come in each of the three months of the monsoon season — July, August and September. That is what you need it most.

The meteorological department will therefore be able to tell in June as to how much rainfall you can expect the next month in July; in July they will tell us about the intensity expected in August; and in August they can make a prediction about September. Now, don’t get me wrong but if you were to yourself stand on your rooftop in June, the chances are that you too can predict with quite a broad assessment about the coming rains in the next few weeks.

For the farmers, the monsoon forecast makes little sense. It is the timeliness and the geographical spread that is more important. If the rains come on time in June and then disappear for the next few months, and then again there is a heavy downpour in August, the average performance would be near normal. But in the process the entire freshly sown crop would have withered away necessitating either re-sowing or for many abandoning the kharif crop altogether.

This year also indications are that the rainfall will be deficient in north-western parts of the country as well as the northeast. But in the absence of any definite assessment it is difficult to know how spatially it would be distributed and for how long. There have been times earlier when the country as a whole gets normal or above normal rains, some parts/regions go dry. It has happened a few years in Rajasthan, and there have been cases when rains have bypassed the central region of the country altogether. Last year, Bihar and Jharkhand were faced with drought while the rest of the country received bountiful rains.

Although the meteorological department has been promising to provide block-level forecasts, I wonder how it can when it even fails to make a correct macro prediction for the country as a whole. Don’t forget, in 2009 when the country was faced with one of its worst droughts, the monsoon forecast was for an ‘almost normal’ rainfall season with 96 per cent overall rainfall expected. It is however another matter that the country received a deficit of 22 per cent in rains causing a severe drought across the country. Moreover, despite all the technological sophistication it may surprise you to know that the department has never been able to predict a drought or impending floods.

When asked as to give the exact date of monsoon hitting the Kerala coast in India, minister for science and technology Pawan Bansal said that based on the averages of the past, he was expecting rains to arrive on June 1 in Kerala and June 29 over Delhi. He wasn’t sure but he was banking his assessment on the past averages. Well, I am sure you would agree that our grandmother too knows when the rains would normally appear. She too banks upon the past averages. That is why I am asking you to keep your fingers crossed, and pray.