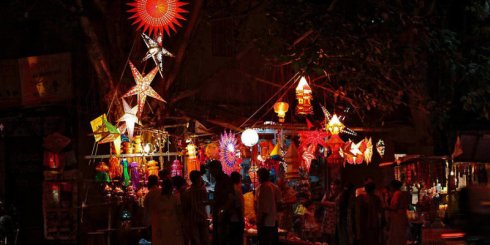 Morahabadi Maidan in the state capital city Ranchi is back with Diwali Utsav. It began on October 25 with much fanfare to conclude on October 29. The event will be held at the same site from 11 AM to 8 PM.

The members of Jharkhand IAS Wives Association (JIASOWA) during a press meet organised on Monday released a poster of Diwali Utsav known for wholesome family entertainment.

JIASOWA Secretary, Richa Sanchita says, “The annual Diwali Utsav is an attempt to promote the arts and artisans work who rarely gets an opportunity. As many as 200 stalls will be decked up this year. Artists from UP, Punjab, MP, Gujarat, Rajasthan, West Bengal, Bihar will gather during the five-day fest.”