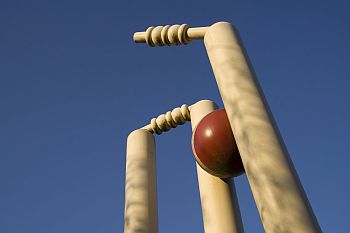 The armchair game was played at a leisurely pace till early 1980s. In those glorious days when fans went to see how long a batsman could stay on a tricky pitch, how he played defensive shots and his ducking style to good length bouncers unlike focusing on betting and courtroom battles. Cricket was a game of connoisseurs .

The fans of the golden period used to debate on questions such as who was slower between openers Sunil Gavaskar of India and Boycott of England;which of the team had the fastest bowling pair—-Andy Roberts and Michael Holding of the West Indies or Geoff Thomson and Denis Lilli of Australia.

There was a Test match in Australia when Gavaskar scored an unbeaten 66 runs after playing out the whole day, only to go on to score a century the next day, and newspapers hailed his effort.

Today’s fans would have booed and teased such showmanship. But these had been the qualities the fans loved then.

No wonder, from the famous 1932 bodyline series between England and Australia to 1980s, fast bowlers made the lives of batsmen difficult on the 22-yard pitch, before cricket administrators clipped their wings by introducing several rules against bouncers and short pitched balls-considered their main weapons to contain the batsmen.

These rules prompted Australian fast bowler Denis Lilli to comment once, “If bowlers are restricted to two bouncers per over then the cricket council should also restrict batsmen like Vivian Richards to hit only two fours in one over.”

(Just to refresh the reader’s memory about the bodyline series, the then England captain Douglas Jardine had instructed his bowlers to bowl nothing but short, quick deliveries aimed at the bodies of the Australian batsmen to contain the great Don Bradman and his contemporaries, resulting in high tension between the two countries in 1932.)

Cricket remained as connoisseurs’ game till the late 1980s and early 1990s when Michael Holding, Andy Roberts from west Indies, Denis Lilli and Geoff Thomson of Australia, Imran Khan and Sarfaraz Ahmed from Pakistan, Richard Hardlee from New Zealand and our own Kapil Dev dazzled who with the ball.

And till then cricket was considered as a gentle man’s game designed for ‘class’ while football was taken as a game for ‘mass’, because of cricket’s leisurely pace and its statistical bizarre compared to fast paced soccer and easy counting of goals.

But this notion slowly changed with the advent of 50 overs game that started attracting the masses as well—-and with it accompanied the baggage of controversies and allegations.

And the popularity of the shorter version game slowly picked up with India’s triumph in the 1983 World Cup and then the mini World Cup in Australia in 1985 and wins in another limited overs World Cup and T20 World Cup, led by M S Dhoni.

Now both Test cricket and 50-over game are facing challenge after the T20 made its debut, and the latest version has taken a curious turn and one does not have to elaborate much as everyone knows the on-field and off-field activities following the match fixing scandal breaking out in the IPL-VI.

“No one was bothered how much the cricketers earned in the good old days though most of them worked for a living. Their focus was firmly on performance,” says a keen 58-year-old cricket follower Paresh Das.

“Cricket was never meant to be a game of fours or sixes. It was a challenge for the batsmen to survive on a tricky pitch, for bowlers to conjure up some mesmerizing trick to fox a batsman even on a placid track. Skill was all that the spectators went to see and admired,” he added.

But that was a bygone era, which will never return. Ironically the Gavaskars, the Boycotts and the Michael Holdings of that era have turned into commentators now, commentating on T20 games.

With the focus of cricket buffs is on the Championship Trophy final between India and England now, let the fan enjoy and forget about the decades old gentle man’s game.