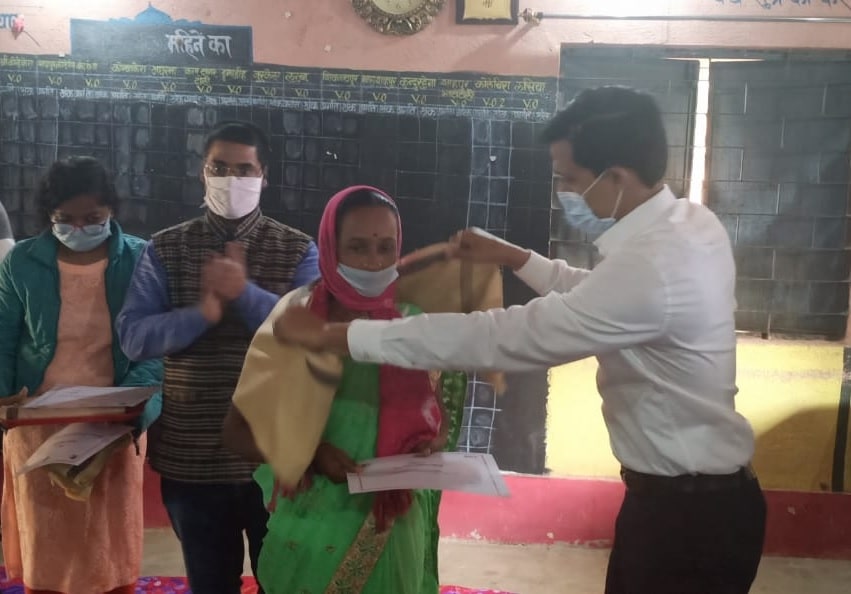 It is called Phoolo- Jhano Ashirwad Abhiyan. Meant uplift and change the livelihood of rural women, it was conceived by the Chief Minister Mr Hemant Soren.

This scheme is learnt to be proving a lifesaver for the marginalized section of society. Women, who were involved in selling Hadiya-Daru ( rice beer-country booze)have become entrepreneurs.

Take the case of Somani Devi of Komberkera village of Kolebira block in West Singhbhum district who had undergone a transformation in her life.

In the same market, where Somani used to sell liquor and had to face adversities, now runs her hotel. She leads a respectful life. This change was possible due to Phoolo-Jhano Ashirwad Abhiyan. Under this scheme, she changed her source of livelihood.

Under this scheme, women who were involved in liquor selling were identified and the state government connected them with and provided an interest-free loan to start a business of their choice.

After counselling these women, the state government agency called JSLPS helps them in starting the business. Within a year of the rollout of the scheme, more than 13,356 women have benefitted from the scheme and received a loan to start a business of their own.

More than 15,456 women across the state were marked by JSLPS, who was involved in liquor selling. Within a year, 90% of these women have been counselled and provided an interest-free loan to be self-dependent and lead a respectful life.

Under the Phoolo-Jhano Ashirwad Abhiyan, after conducting a detailed survey of the rural women associated with the sale of Hadiya-Daru, counselling of these women is done by Sakhi Mandal.

Counselling is an integral part of this scheme so that the ill can be eradicated from the root. These women are being linked to alternative livelihood means like agro-based livelihood, animal husbandry, forest produce collection, Sericulture, poultry, forest produce related work and other micro-enterprises.

JSLPS has made a provision of an interest-free loan of Rs 10,000, for the livelihood promotion of the beneficiary under the scheme, which is interest-free for one year. Whereas under Phoolo Jhano Ashirwad Abhiyan, women can take more amount in the form of loan from Sakhi Mandal.