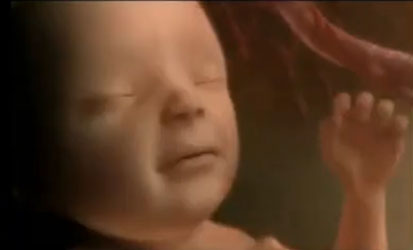 My mom told me what I learnt from an article in Science News today.

The article authored by Laura Sanders exhorts parents to be alert and watch their language.”Babies can hear specific words in the womb and remember them in the days after birth, a new study reports. The results add to the understanding of how the early acoustical environment shapes the developing brain”,writes Sanders in an article-Babies learn words before birth-in Science News.

“Earlier studies have found that fetuses can hear and learn certain sounds. Nursery rhymes, vowel sounds and mothers’ voices can all influence a developing baby”,states her article adding that the new study, published August 26 in the Proceedings of the National Academy of Sciences, shows that a fetus can detect and remember discrete words.

Sanders quotes coauthor Eino Partanen of the University of Helsinki saying this:“The fetal learning capabilities are much more specific than we thought.”

“Partanen and colleagues used a fake word, tatata, to test whether a particular word can worm its way into the fetal brain. Five to seven times a week during their third trimester, 17 pregnant Finnish women were instructed to blast a recording of a woman saying the word in two bursts of four minutes. The pregnant women were instructed to turn the volume up so loud that a conversation would be difficult, but not so loud that it hurt. Most of the recording was the same delivery of tatata, but every so often, there was a curveball. The pitch in the middle syllable would change, something that rarely happens in spoken Finnish”,said the article.

I think what study claims is near truth.Right?