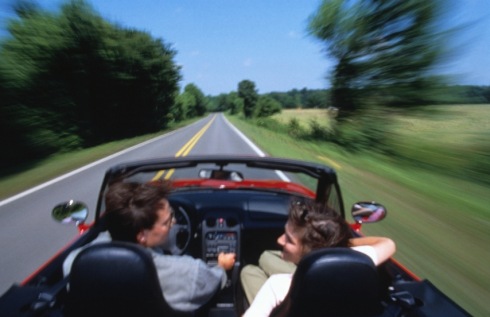 By Lopamudra Mohapatra: The dark-complexioned man walked towards the door of the car and slightly touched the handle.I could not understand why he did not open the door.

He didn’t notice I was sitting inside and watching him intently through the slightly tinted glass. My husband and the driver had gone into the roadside motel to have lunch.I had stayed back as I wasn’t feeling well due to the long journey.

The man had parked his bike near the car.He stood beside it and started texting a long message.I was a bit panicky.In all probability he was sending a message to his associates at Bundu.

A few days ago a gang of dacoits had looted and eventually killed a couple at night around the same area.I tried to remember his features. He,who was lanky,had hollow cheeks. He was wearing round necked off white T-shirt.On the front was a cartoon with a message’ I am always happy’ or something like that.

Very soon another youth arrived on a red bike.He started surveying the car.Then four young men gathered there. It was a group of 20 to 25 years young men. They started discussing the car in Odiya.They kept on saying,‘it’s the same car. How much would it cost?’

All the while it never struck me they were trying to steal the car.The lanky fellow stood leaning against the car as if he owned the car while trying to open the door.The fair young man stood near the right front door and looked inside.I don’t know why he did not look at the back seat where I was sitting alert trying to remember the youth.He had worn a white and blue check shirt.

On one side the man was blocking my path.I looked around but could not see anybody in vicinity. I thought if I got out then they might snatch away my necklace or earrings. It never struck me to get out of the car from the left rear door. After some discussion the fair young man in check shirt opened the door. I shouted in Hindi, ‘Why did you touch the car? How dare you open the door?’ He closed the door immediately, but did not betray any kind of emotions.

The group stood nearby,again discussing the price of the car.Now,I searched for my cell phone and rang up my husband. I told him in Odiya if the driver had taken his food,he should come near the car.Six rogues were standing near the car’.By the time my husband arrived, they had sped way on their bikes.

Amazingly, till the end they were very cool and not for once showed fear and anxiety.Most probably they were thorough professionals.

I learnt a lesson that day.My husband warned me not to sit alone in the car.I still wondered if they had come to steal the car or the belongings in the car.