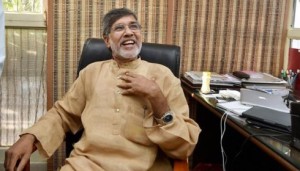 Nobel laureate and child rights activist Kailash Satyarthi has decided to dedicate his Nobel Peace prize to the nation by presenting his medal to President Pranab Mukherjee.

He will call on the President at the Rashtrapati Bhavan today and hand over the medal, which is an 8 carat green gold plated with 24 carat gold and weighing around 175 grams.

He had earlier made up his mind not keep the medal with him. He had received the laurel along with Pakistani Malala Yousafzai on December 10 in Oslo.

Satyarth runs an NGO Bachpan Bachao Andolan (Save Childhood Movement) and claims to have liberated over 80,000 children from bonded labour in factories and workshops across the country.