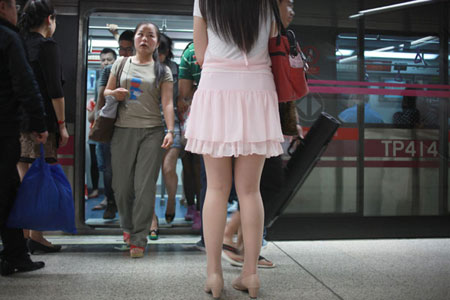 By Monika Verma: George Orwell once quoted “All animals are equal, but some animals are more equal than others”.

The relevancy of this opinion is clearly evident in China where it is an easy life for those who belong to the ‘elite class’, with high business and political connections.

Remarkably,the poor or person with no political tie-ups has nothing to rely upon.Much ink has been spoilt on portraying the rights and freedom of the individual,but it is in vain.So mainly because of its prevailing condition of the unequals.

Starting with the prevalent law itself, Article 35 of the Constitution of China protects freedom of speech,publication,associations,processions and demonstrations.However, the restrictions are far more than the freedoms.

For instance, with respect to Internet, China has a strong filtration and anti-privacy laws.It includes storing all the data accessed by you on Internet.
High restrictions and criminal prosecutions without any reasonable basis are hindering individual’s rights. It is always the congressional representatives, who are so called ‘free speech elite’, having the capacity to publish criticism on political upheavals.In short,others have to zip his/her mouth on any issue against the government. Even minors can be detained for online comments in China.

Permission from the Government of China is sine qua non in any kind of the publication.In 2003,People’s Daily reported that two men were convicted for publishing love poems without government authorization.With respect to the right to profess and practice religion,China is standing against the people or group.

For instance, owing to difference in their culture, tradition, belief and practices,this country brought a platform of cruel scenes of detention and torture against Falun Gong.In addition, recent government campaigns against the Christianity hurting religious sentiments of the Christians.

Most of the Churches are demolished under the garb of illegal constructions.Pleading for justice in the Court of Law in China has different parameters.National People’s Congress and its Standing Committee are the highest authority to interpret the Constitution or other laws.

Court has no role to play there.In addition, being a civil-law-country one cannot plead justice by showing any judicial precedents.There is no binding precedent in Chinese Courts.In cases of Public Interest Litigations, it is always the ‘environmental social organization’ or NGOs (funded by the government) or the China’s Consumer Association,having the locus standi.
Thus, the Public Interest Litigations are highly restrictive in China.

With respect to rights of labors,China has insufficient and irresponsible laws. Most of the NGOs working in this country found that the condition of labors in terms of security and job satisfaction is pathetic. Industries are unconcerned with the labor values.

Reports from China Labour Watch show that the legal violation and abuse is rampant in the country.In terms of private property rights, China does not have much to protect the interest of the people.The expropriation of private lands is common under the garb of ‘public interest’, which has a much wider ambit to hamper the rights of individuals.The compensation amount is based on discretion of the state, which led to no relief. Illegal method like coercion is common for expropriation.

Owing to less compensation and high corruption with respect to selling lands, farmer ends up in getting nothing.Minimal checks and balances on the legislators sabotage the people. Especially in terms of environmental losses, high industrialization has marred the conditions of people. Public
participation is minimum in China. The challenges with respect to individual rights and freedom have led to turmoil in the country.

Against this backdrop,one feels nice and happy being an Indian who perpetually lives on the Cloud 9 having the essence of freedom mainly due to fundamental rights granted by its Constitution and protected by its four wings-Legislature,Executive,Judiciary and Media.

Note-Monika Verma is a student of National Unversity of Study and Research in Law,(NUSRL),RANCHI.