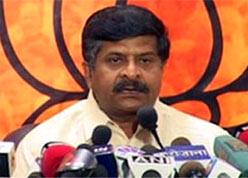 The BJP attacked the UPA government for its decision to allow FDI in multi brand retail and alleged that it had taken the decision in a hurry under the pressure of the foreign elements.“Despite strong objections from the Opposition,FDI has been given the go ahead.This will affect the livelihood of Indians in retail trade and will not bring any concrete benefit to India”,said BJP spokesperson Ravi Shankar Prasad.

Today,apart from the UPA’s allies-Trinmool and the Samajwadi Party and Bahujan Samaj Party-the Left comprising CPI,CPI-M and CPI-ML opposed the Centre’s move and indicated that they would hit the street against it in near future.