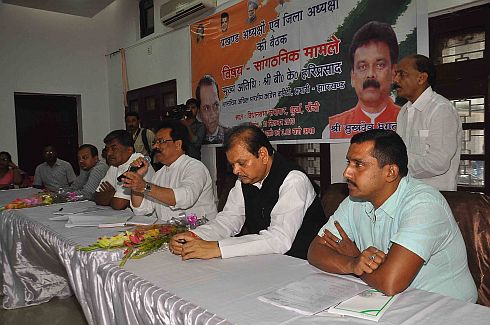 With Lok Sabha Elections 2014 coming up ,the ruling Congress Government has begun to oil its party machine in Jharkhand.