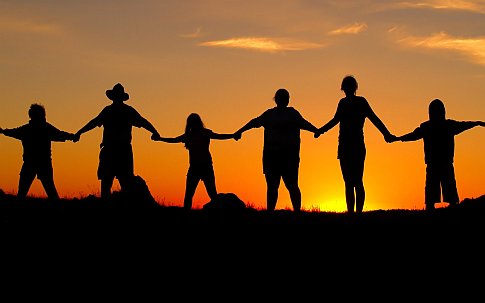 More than eight years ago when over 5 million people joined hands to form a human chain, 1,050 km (652.4 miles) long from Teknaf to Tentulia, Bangladesh,they made a Guinness Book of World Record.

The participants were supporters of 14 opposition parties led by the Bangladesh Awami League to express their ‘No Confidence’ campaign to the BNP-led alliance government and to demand fresh polls.This was on December 11,2004.

Today,while this record remains to be broken,a political party in Jharkhand is trying to organize a mega human chain to press the Centre to grant special status to Jharkhand.The exercise appears to be part of AJSU leadership to oil its party machine ahead of the general elections.

As per its plan,the human chain stretching 330 km, falling on the National Highway-33 between Barhi in Hazaribagh and Baharagora in East Singhbhum,will involve nearly four lakh people.It is slated to be organized on October 2.

This will mark the emergence of a regional party led by a dynamic youth leader Sudesh Mahato,who was Deputy Chief Minister in the Arjun Munda government.

“We will form the human chain to demand special status to Jharkhand as the State meets all the eight yardsticks under Gadgil Formula for being considered for the same. The party has struggled for the formation of a separate State,” said Mahato.