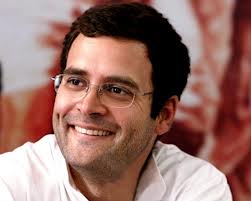 He came,heard them,talked to them,jogged in Morahabadi Maidan in the wee hours and returned leaving the party machine in disarray.For long,organizational polls were not held.Its office bearers were nominated rather than elected.The workers were divided along the factions headed by MPs and MLAs.

Though during his two day visit to Jharkhand,Congress General Secretary Rahul Gandhi must have known these weakness of the party.But instead of taking corrective steps to overcome them,he lecutured them saying  those who had lost three Lok Sabha and Assembly polls during their political career should opt out of the race voluntarily to give others a chance,keep in touch with him and start preparing for the 2014 general elections.

His suggestion was in response to a Congress worker’s querry seeking to know from him at a party meeting as to how some names of poll aspirants were deleted in the final list and replaced by some others.”I prefer that the candidates list be announced 7 to 8 months before any election … I ask you all to gear up for the 2014 elections,”replied Gandhi, who addressed a meeting of party block and district presidents and other leaders here on Tuesday.

At the end of the day,none of two dozen party workers JharkhandStateNews.com interviewed to elecit their opinion said Rahul’s visit had enthused them.”He is a nice leader.He rightly advised us not to indulge in factionalism and instead work for the party at the grass root level.But since every member in the party was divided along the factions,Rahulji’s advise can not take the party ahead”,said a party worker who had attended a meeting addressed by Rahul.