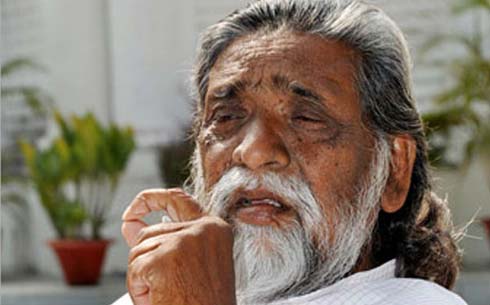 The response of former Chief Minister and BJP’s senior leader Arjun Munda to JMM president Shibu Soren’s appeal to join his party was in the form of a smile.

Munda,who is leading the BJP in Jharkhand,was in the JMM in his initial phase of politics. Today, he was not in favour of making any comment to Soren’s appeal indicating his commitment to the BJP.

Soren,whose party had taken many steps in favour of the tribals and spoken about his mind set that Munda should join the JMM.” Many old partymen who had quit had joined the JMM.Munda was in the JMM. He can join it any time he wished”, said Soren on Tuesday when Stephen Marandi, who was in the Congress,joined the JMM.

Also Soren,who had talked about the ‘insiders’ and ‘outsiders’ many times,has said that a non tribal can be the Chief Minister.” The movement for the seperate Jharkhand state was led by both tribals and non tribals and as such any one of them can be the CM’, said Soren.

The JMM president’s statement was meant to win over the non tribals for their votes during the Assembly elections 2014 ,says a neutral observer claiming that many non tribals were not happy with his party due to its stand to stick to ‘insider-outsider’ policy.

Today,Jharkhand Vikas Morcha’s Javed Ahmad joined the JMM.Ahmad,who is former Principal of Marwari College,Ranchi,is likely to contest the Assembly poll on the JMM ticket from Hatia Constituency in Ranchi.