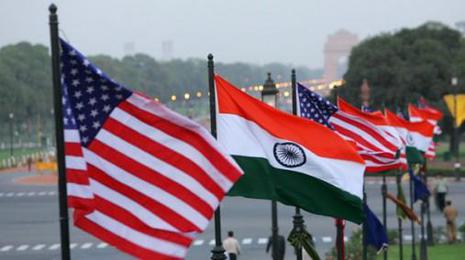 Through a series of high-level visits and dialogues, the U.S and Indian governments are working actively to implement President Obama’s and Prime Minister Modi’s mutual commitment to strengthen and deepen U.S.-India cooperation in every sector for the benefit of global stability and people’s livelihoods.

This past week, Dr. John P. Holdren, Science Advisor to President Obama and Director of the Office of Science and Technology Policy, led the U.S. government delegation to the first-ever India-U.S. Technology Summit, as well as to the U.S.-India Science and Technology Joint Commission Meeting.  During these meetings, the United States and India made significant progress in advancing Prime Minister Modi’s and President Obama’s recent commitments on science, technology, clean energy, climate change, and innovation.

“Cooperation between the United States and India in science and technology is deeper than it has ever been,” said Dr. Holdren.  “President Obama and Prime Minister Modi confirmed the importance of this pillar in the strategic partnership when they met in Washington on September 30, and this week helped move that relationship forward.”

During the November 17 Joint Commission Meeting, the co-chairs met with the joint working groups composed of experts from both countries and took stock of progress in the bilateral S&T relationship.  Working group topics included:  basic and applied sciences; health and medical sciences; emerging materials and manufacturing sciences; atmospheric, environment, and earth sciences, and women in science and technology.  This biennial meeting provides a rare opportunity for top policy makers and scientists to review ongoing activities and propose new projects with the aim of deepening scientific cooperation and addressing key questions facing India and the United States.

These discussions that occurred on the margins provided an opportunity for experts, industry, and policy makers to form partnerships that will deliver positive outcomes now and in the years ahead.   For example, the Export-Import Bank of the United States signed a Memorandum of Understanding (MOU) with the Indian Renewable Energy Development Agency to make $1 billion in financing available for the export of American renewable energy goods, services, and technologies to support critical clean energy projects and infrastructure in India.  Under ongoing collaboration between the U.S. Department of Energy and India’s Ministry of New and Renewable Energy, U.S. and Indian research institutions are conducting training workshops on solar resource assessment and solar project development to Indian entrepreneurs, developers, and financial institutions.  The two sides also explored ways to establish a U.S.-India Climate Fellowship and how to increase collaboration on modeling for monsoon prediction.

The U.S. and Indian governments finalized an agreement to collaborate on frontier science research on particle physics and discussed information communication technology cooperation. The U.S. Department of Commerce and the Indian Ministry of Finance signed an MOU to implement the U.S.-India Infrastructure Initiative, announced during Prime Minister Modi’s visit to Washington in September, with the goal of increasing participation of U.S. firms in infrastructure projects throughout India.  The U.S. Trade and Development Agency announced its intent to support the Infrastructure Collaboration Platform, including the smart cities initiative, by engaging with Indian and U.S. smart grid stakeholders on a reverse trade mission to the United States in December 2014, as well as a follow-on workshop in India.

The events over the past few days – along with the U.S.-India Higher Education Dialogue – fostered concrete partnerships in science, technology, and innovation, and strengthened the policy, financial, and educational ecosystem essential for dynamic innovative economies.  The India-U.S. Tech Summit and the Joint Commission Meeting on Science and technology Cooperation, along with this week’s High Technology Cooperation Group, discussions to support Digital India, the Strategic Security Dialogue, the meeting of the Commercial Dialogue, and next week’s Trade Policy Forum demonstrate the continued commitment to a powerful India-U.S. partnership in science and technology, propelled by the strength and capacity of our vibrant, 21st century knowledge-based societies.  Chalein Saath Saath: Forward together we go!