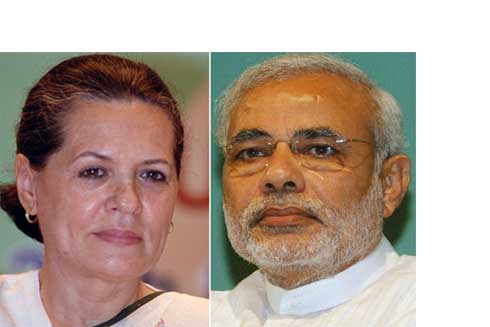 * December 2-As amany as 20 Assembly seats in tribal infested areas of South Chotanagpur-including Tamar, Torpa, Khunti, Mandar, Sisai, Simdega and Kolebira-will go to the Assembly poll in the second phase of election.

* December 9- On this date 17 Assembly constituencies including Ranchi, Ramgarh and Hazaribagh will elect candidates in the third round of the poll.

Since victory or defeat in these 37 Assembly constituencies can determine the fate of political parties, the election in these rounds were crucial for them.And as such, ahead of these polls, two top leaders-Congress president Sonia Gandhi and Prime Minister Narendra Modi were in Jharkhand addresseing  rallies.

While Sonia is going to address her party’s rally in Jugsalai Assembly, Modi was slated to address rallies in Jamshedpur and Ranchi.