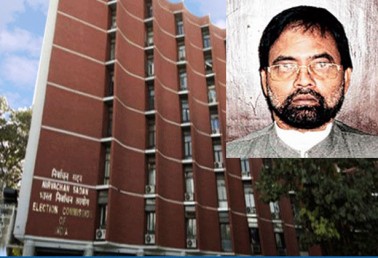 The Jharkhand state government has been asked by the Election Commission to probe how a convicted man Nizamuddin Ansari became an MLA in 2013.Ansari was sentenced for two years by a Giridih court in 2013.

Acting chief secretary R.S. Poddar has asked the Chhotanagpur Commissioner to probe and submit the report.

Ansari was Jharkhand VIkas Morcha MLA from Dhanwar.  According to People’s Representation Act, a man who is convicted for two years or more cannot contest elections.

EC has also questioned Assembly secretariat about Ansari’s election as an MLA.