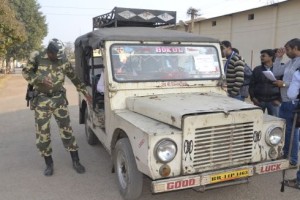 Politicians in Ranchi may hop around TV studios lecturing the BJP on what it should do or should never do or shouldn’t dare to do but they should listen to Jagat Munda.His father died five days ago,with nothing to eat.His was one of the five deaths in Kanke village in Ranchi district of Jharkhand where BJP has gained majority of seats in 81 MLA strong Assembly for the first time since this state was created in 2000.

Munda breaks down while telling his story.”For the last one month”,he says,”we had almost nothing to eat except for some jungle fruits and wild vegetables.That day my father told me,’Give me some rice to eat and take me to the doctor.Since I lacked money,I could not get him either rice or medicare.”

That rare admission is also a self indictment of sorts.For this village,10 km from Ranchi,with a population of only about 2500,shows the state of the state administration:There is no road worth its name leading to or from the village.None of its residents has any electric connection as there is no power supply in the area.Though a school exists,it lacks toilet and competent teachers.

More,there is no irrigation facility.Not one industry exists leaving its educated youths remain unemployed.”There is no shortage of schemes for the poor and unemployed people.But most of these failed to benefit the people due to rampant corruption facilitated by the industry of transfer and posting”,said Munda.

When informed that the BJP had got majority of seats in the Assembly election,Munda said:”No matter who forms the government,the corrupt politicians and officials will thrive.They can be dealt with in public interest provided the new government led by a competent CM works through a team of honest and active officers.”