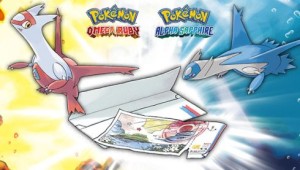 Though the BJP is set to form government in Jharkhand,its performance in the Assembly poll was much below the expectation created by the Narendra Modi wave sweeping across Jharkhand.

In the Lok Sabha election,BJP had won 12 out of total 14 seats by securing lead in atleast 55 Assembly seats in Jharkhand.But in the Assembly poll the party bagged 38 seats and its ally-AJSU 5.The question is why its number was reduced.Is it because Narendra Modi wave had diminished?Or there was some other reason responsible?

Jharkhand State BJP president Ravindra Rai said that the BJP had expected a two- third majority in the 81-Member Assembly poll.But its expectation remained unfulfilled mainly because the distribution of tickets was made by its leaders to questionable candidates.

For instance,Naveen Jaiswal who won Hatia seat by defeating BJP’s Seema Sharma had struggled to get the BJP’s ticket.Jharkhand Vikas Morcha(JVM)’s Randhir Kumar Singh who defeated BJP’s Uday Kumar Singh in Sarath was a BJP follower.Since he was denied ticket by the BJP,he contested the poll on JVM ticket and won it.Similarly,JVM’s Janki Prasad Yadav won Barkatha seat by defeating BJP’s Amit Kumar Yadav.Janki had quit BJP and joined JVM to contest the poll only after he was denied ticket by the BJP.

Investigation revealed that the BJP giving ticket to atleast 22 question able candidates had weakened the BJP by making them quit it and join JVM,JMM and Congress.As many as 16 of them had won the poll strenthening these parties and reducing the expected number of seats which BJP could have won in this state where Narendra Modi wave continues to influence the electorates. .

Rai,who was in the ticket distribution committee,however thinks that anti incumbancy was the most important reason why the party did not fare as much as its leaders had expected.”Rai is hundred percent wrong.In fact he was one of the leaders who were responsible for providing tickets to questionable candidates.Otherwise BJP would have got as many as 50 tickets due to Narenda Modi wave sweeping Jharkhand”,said a senior BJP leader.

In any case,Jharkhand, since its inception in 2000, had never seen a majority government. But this time mainly due to Narendra Modi wave,the state will get it soon.