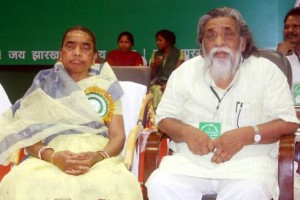 Apart from Jharkhand, the proposed Greater Jharkhand would comprise of the adjoining districts of Purulia, Bankura, East Midnapore (excluding Kharagpur) from West Bengal and Mayurbhanj, Keonjhar and Sundergarh districts of Odisha, party general secretary Suprio Bhattacharyya said on the sidelines of the ongoing central convention of the party in Jamshedpur.

He said the party will chalk out a future course of action to build pressure on Odisha and West Bengal to set up an Autonomous Development Council comprising these tribal-dominated districts as per constitutional process to merge into Jharkhand.

Bhattacharyya said these tribal-populated districts have similarity on account of its history, culture, tradition, language and political aspects.